> The coloring of the sliders has been done using the ini file of Mathi's skin as a base
> It has achieved better hitting buttons and for the heads of the sliders, these were removed from Shige's skin
> Comboburts images of the same Deviantart and the Zerochan page have been added
> The beating sounds of the skin called -Kunaie- V2 have been imported
> The properties of the spinner of the skin of the skin of Retronix + Revival + - + New
> The sounds of the Taiko mode have been replaced with the original sounds of the Tatsujin but the sounds of the combined ones were brought from the skin called Taiko AC0 v4
> A "special" skin has been added for the CTB mode
Menu sector:
> The "Back" button has been changed, the property selection buttons and the list compiled for something more "moe"
> Points numbers have been changed in general
> The pointer has been made in a star-like way, the trace and the smoke are pink but in different shades
> Part of Miku's skin has been integrated only in Mania mode but with some minor modifications

Link to my skin: sendspace - 4shared

Link to the skin: Mediafire


> The Reverse-Arrow of the Rafis skin called "- # Rafis 2k18 [1.001] (CK FULL)" has been added with the only difference that the appearance of the color of the edges of the sliders has been tinted


> Experiment of using the Cursor and the CursorTrail of Doomsday has fallen due to luminance that imitates without reason, for which in a separate link the pointers to be used with this skin are left

Link to this Update: sendspace - 4shared

> Abyssal's hitcircles are completely replaced by ones made by me
> The InputOverlay and its keys are created naturally by me (with a slight change in color to distinguish it)
> The normal hitsounds were mostly changed, hitclap by those of Azer? and the Hitwhisle by those of Mazzerin. Finishes stay the same
> Taiko mode has been updated with the inners and Outers
> At stake, the life bar has been changed to a simpler one (to make this life bar, Toy had to be used as a base)
> The spinner has been changed to the one of Simple Circle of the one of "Cookiezi 17" (they neglect that in next versions it will return)
> A concept of bubbles has been introduced in the interface but it is not finished, as a nice finish the moe typeface with the words "NekoMaster" has been placed above the profile box (this applies to each of the modes)

> The color of the border has been updated to orange based on the color code of the skin "SameSkinButNoRingHitCirclesWeirdNamev3" managed by default by Circle People
> The pointer has been changed to Cinnamon but with the modification that the main pointer will be strong pink (?)
> The default sliderb has been changed
> Minimal additions have been made to soft-hit sounds, only slight
> Finally, the animated Back button of the Chibi Momiji has been added and in its previous Experimental version it was also fulfilled

Link to this next Update: deleted
Direct Link: deleted

> The hitcircles of the PLASMA-VISION skin have been imported Reeplaced with the azr8 hitcircles
> The maximum correction of the sliders has been made with respect to the dark colors and their combinations (Apply in both version of the skins)
> The cursor has been completely replaced by the one that comes with "New Noel" (that is, the BeasttrollMC skin) so as to avoid confusing the pointer with the colors of the hitcircles, the trace remains exactly the same (cinnamon's) (ShigeSeoul Cursor Mini included in the "miniShigeCursor" .osk file and come back the Cinnamon Mix Cursor in the "LongTrail" .osk file)
> The sliderfollowcircle has been replaced by the translucent gray template shown in ... well this is not known. An opinion of a third party is expected to decide to keep this property or change it (Fixed)
> A new own imput-overlay-bg has been added with slight changes in the color of the numbers
> The green spinner-clear has been replaced by the violet that is seen in "Cookiezi 32"
> The reverse-arrow mentioned in Experimental version 2.4 has been colored orange for this version
> They have taken to recycle 13 elements to the folder inside the skin "Removed files OwO"

Link to this next Update: sendspace - 4shared  (Discarted)

Link to this Final Update (exist three version in the same forlder): Mediafire

> Change of pointer to one more "inert"
> The bars and titles have been decorated using the "Osu! Skin Kanna Update by DuyKhang-sama" with some additions and subtractions of certain elements
> The Back button has been changed for a Chibi Momiji animation. The screen will be affected, the performance problems will come later, then it will be seen if it can be fixed so that the common experimental version also has it
> The skin of the common experimental version has been completely replaced by "MANIAMAX3V" obviously replacing certain parts so that in the osu! Standard mode it does not have errors in the numbers or the colors of sliders (as for giving a possible example)
> The osu! Taiko mode was improved / changed the .png images of "taiko-hit0" and its "spinner-warning" for better ones. The rest remains the same

Link to my second experimetal skin ver. Dark & Cuteness Modif.: at the moment not available

> All the material from the default skin of CirclePeople (which in turn is from Shigetora) has been fully used, making only slight modifications in parts that are of relevance, combining them with the components of NekoMaster Exp Skin
> The Cursor and its trace have been changed to the same colors that the aforementioned NekoMaster Exp Skin has (that is, with the aim of imitating the average appearance of the pointer used by the CirclePeople Defaul)
> The Ranking-panel the only add-on that was made was that of "Loli-demon"
> The same BottonBack of the Momiji chibi (mentioned in the CTB Update) has been added to cover the absence of a BottonBack own of this

> Almost all the artistic elements of the previously known "S3LDOON S #" have been replaced
> The cursor has been replaced by the BeasttrollMC Skin New Noel (that is the bright orange that)
> A selection of poor colors has been made in the .ini file, of which another type will be accepted in the following samples of the hitcircles

Link to this stuff: Mediafire

> The rrtyui skin was found
> The original colors of the combos were changed less than the elements (except the sliderb)
> Some complementary elements of the 2007 official osu skin, including their sounds, have been imported
> Don-chan sounds have been removed describing the combos

> It has just kept the skin healthy

Link to this stuff: Mediafire

ChronosRark1st Experimental x Seouless (New Cookiezi Skin):
> a concept copy of the elohere x Seouless has been made with the color and design tea
> elements such as scorebar-color and combo-burst have been added (if you are still new in osu you will notice it very well)
> [insert Zeus meme] 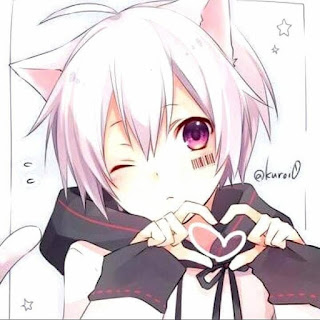 About me(written in four different languages): 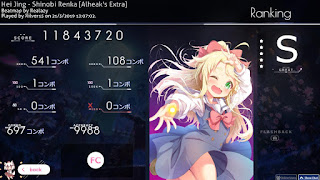 This is the skin evolution list of Frappu Himesaka, also known as Cutiezi Loli in osu! of which I have been collecting most of his work Sincerely, i-yitsure also known as ChronosRark1st

ChronosRark1st
Hi, Im Kitsuku-P also NekoMaster. Im the Loli user and I like use the =w=